For my birthday I received the LEGO Han Solo's Landspeeder, which is one of the several landspeeder vehicles I am now collecting. I already have the Luke Skywalker's Landspeeder [^1].

The M-68 landspeeder was a model of landspeeder manufactured by Mobquet Swoops and Speeders. A civilian model, the M-68 was popular among Corellian speeder enthusiasts due to the ease with which its repulsorlift generator could be modified and overcharged. It came in both a hard top and convertible configuration and had a duraplex windscreen.

An overpowered speeder of this type was stolen from Kilmo by Han on Corellia, and later used by him and Qi'ra during their attempt to escape from the White Worms, leading to a chase with Moloch's A-A4B truckspeeder.[^2] 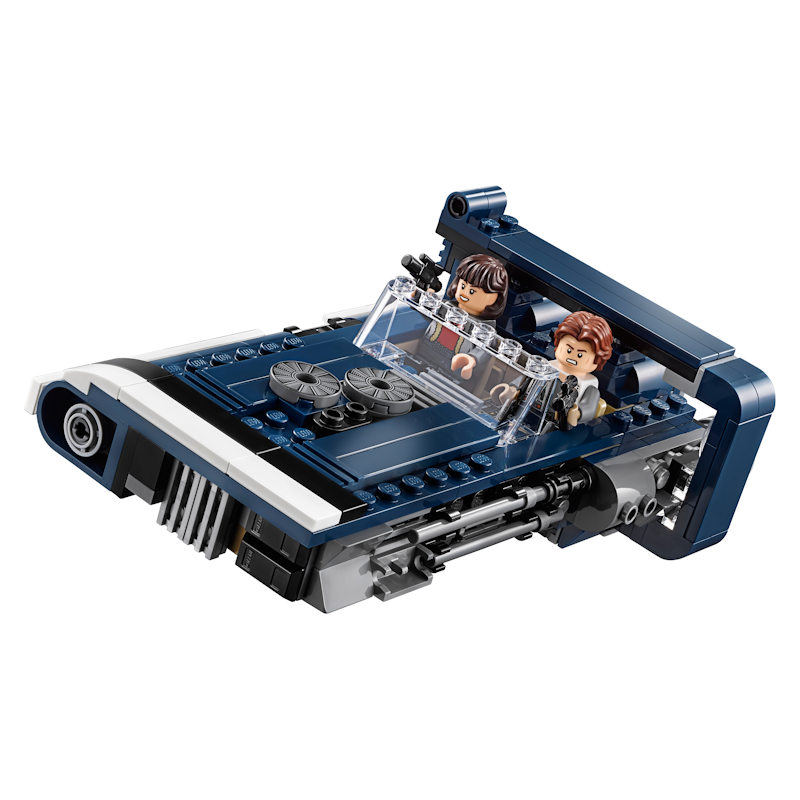 The build was easy and pretty straight forward. Certain steps (with dark blue) were bit difficult to see clearly but in a well light environment it isn't a problem. Due to the size and the few parts it wasn't difficult to put together and keeping all the bricks in place.

There are a few interactive bits with this kit:

Rockets under the carriage

Under the carriage are 2 rockets which can be shot out by touching them at the back. 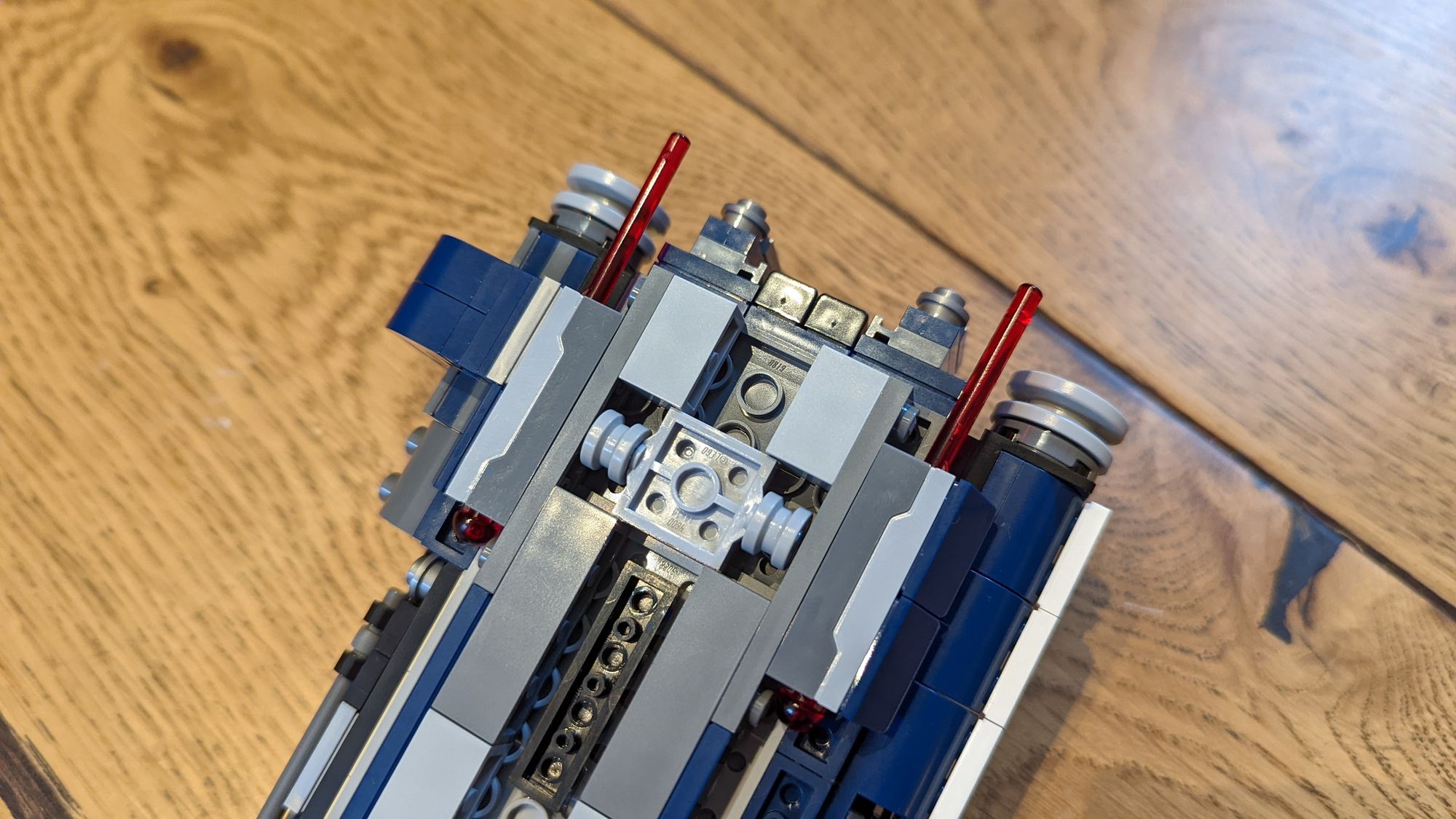 At the rear of the landspeeder there is a compartment in the middle where the power coil is housed. This can be easily removed by pulling on it. 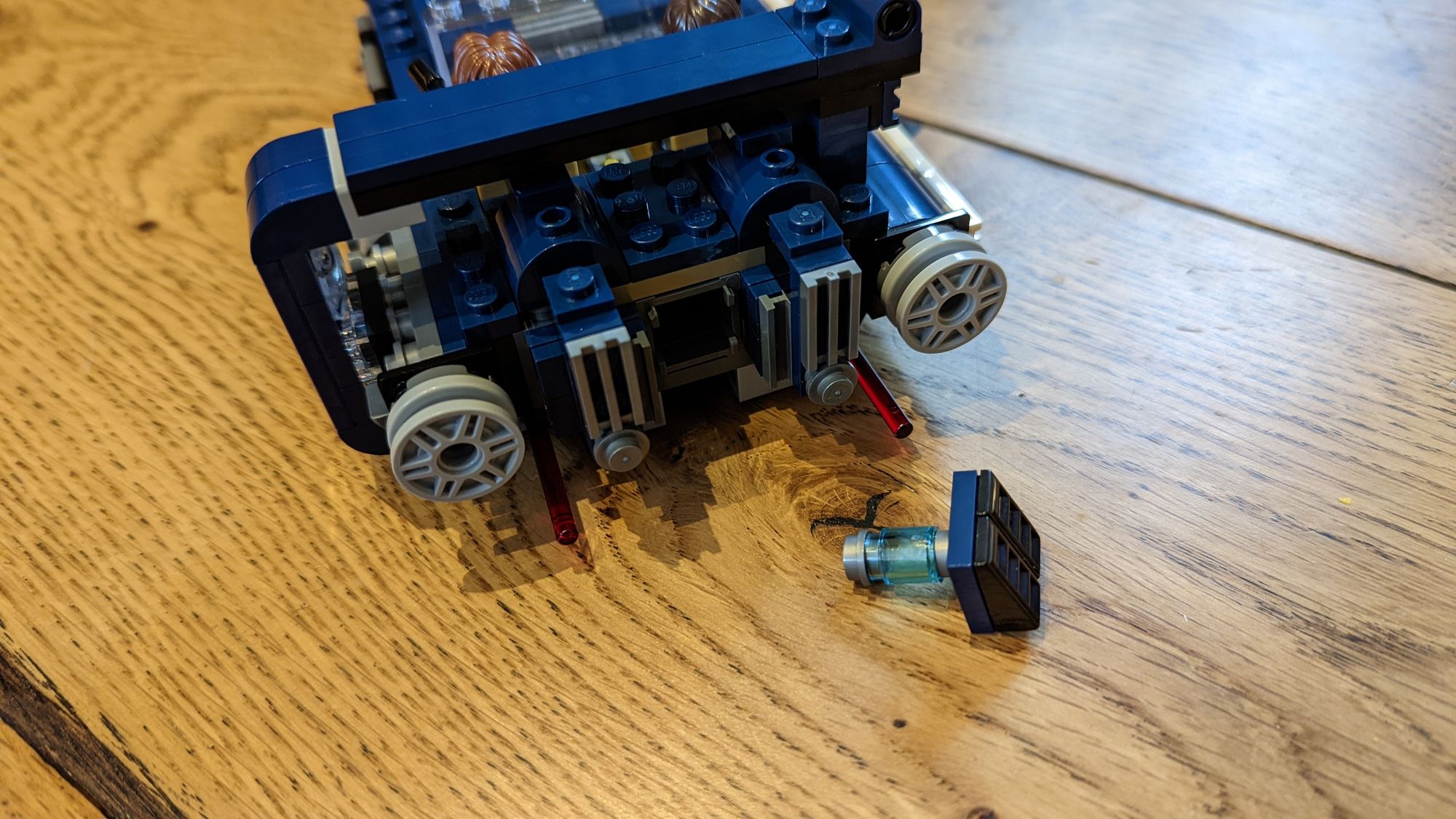 The hood can be removed and under it you can: 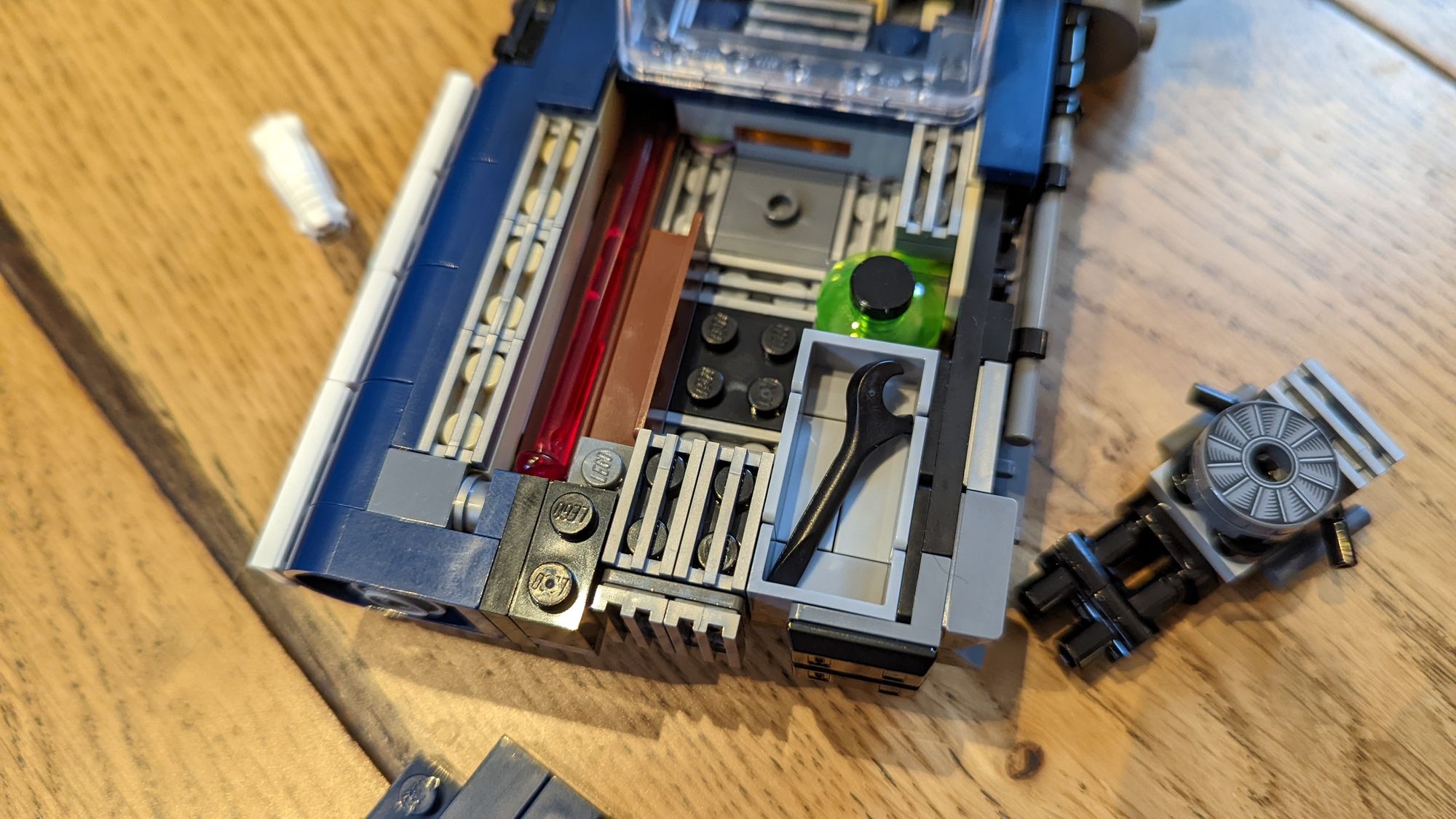